The Beauty Of Imperfection 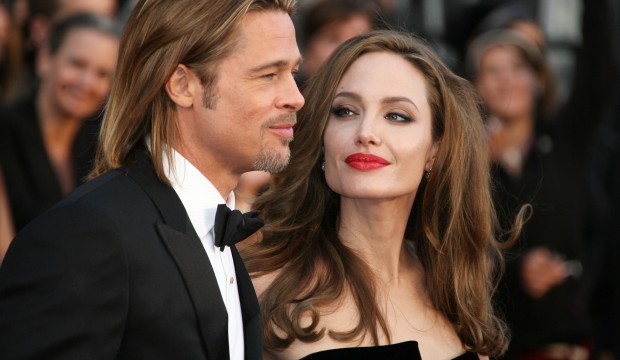 Turns out Angelina Jolie, Jessica Alba, and Elizabeth Hurley are not even close to perfect 10’s.  Realistically, they rank between 1 and 2 – more specifically, about 1.618 – which, scientifically speaking, is the closest achievable definition of beauty – “the golden ratio”.

As humans, we automatically react positively to balance, harmony, and symmetry.  What we think of as classic beauty is actually an innate response to the consummate placement of eyes, ears, nose, mouth, and so on.   (A very thorough explanation of the golden ratio complete with mathematical formulas and drawings can be found at www.realscience.com).  Suffice it to say, the above mentioned women, along with others like Marilyn Monroe and Shania Twain, according to the golden ratio, are (were, in the case of Marilyn) perfectly formed…stunningly proportionate from head to toe.  This goes for Brad Pitt, as the male version, who comes very close to the magic number.  Shocking!  Interestingly enough, the golden ratio appears throughout nature.  Consider the petals of a rose, the skin of a pineapple, and a pine cone – all of which ideally maximize sunlight and water transport – illustrating the utility, as well as the beauty, of the golden ratio.

While I appreciate the cerebral approach to the definition of beauty and find the concept of “the golden ratio” fascinating, I truly believe that beauty can also be found in imperfection.  Think for a moment of notable “beauties” that have made their mark throughout the years in the fashion and entertainment industries.

Lauren Hutton appeared on the cover of Vogue 26 times in her modeling career.  She was advised early on to get rid of the gap between her two front teeth; but, after several attempts at hiding it via a cap (which she would often swallow), and morticians wax, of all things, she decided to embrace the “imperfection.”   As a result, it became her trademark and she landed a million dollar contract with Revlon cosmetics along with other lucrative opportunities.   The same could be said of Cindy Crawford’s mole, and Queen Latifah’s build (her bold and confident presence exudes all kinds of beauty).  And then there’s Barbara Streisand’s nose.  I would imagine her face comes up short on the golden ratio scale; however, I’ve always thought her to be quite attractive and captivating in a unique sort of way.  Watch The Way We Were and The Prince of Tides.  She is  radiant in both films.

The takeaway from all of this:  even though there is a logical, scientific, and mathematical computation of beauty that, supposedly, we all respond to in some way, beauty remains in the eye of the beholder. More importantly, what we perceive as our annoying imperfections can often be our most attractive feature.  Science can only go so far in defining beauty.  At some point, we have to figure it out for ourselves and that’s when beauty becomes totally subjective and, in reality, undefinable.

10 Steps To A Successful Salon Opening