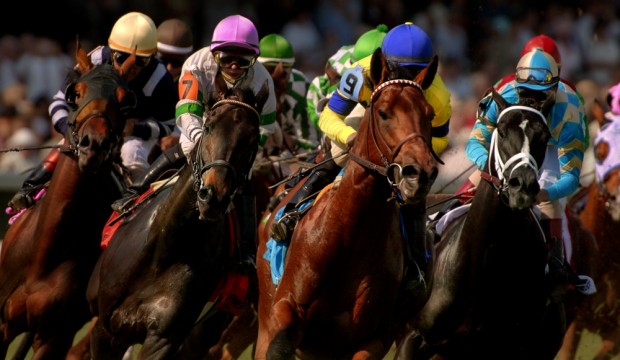 Rosie Nepravnik will be riding Mylute this Saturday in the 139th running of The Kentucky Derby.  This 25 year old 113 pound ball of fire will mount her ride to take her place in the line up  a midst  a predominately male sport. Horse racing is the only sport where men and women actually compete against each other: no handicaps, age groups, or categories… mano a mano.  It’s the only sport where gender is not an issue; however, there’s still the stigma that women just don’t have what it takes to win.

This is not Rosie’s first run for the roses as she rode in the 137th running of the derby in 2011 on Pants On Fire and finished 9th.  What’s different today is Rosie’s stats are considerably higher as her horses finished in the top three in nearly half the races she entered.  She ranks fifth in earnings so far this year and leads all jockeys in victories.  She is fearless in her racing tactics but yet possesses “soft hands” on the reigns which keeps a horse relaxed until its time to open up.

Perhaps Todd Pletcher, one of the nation’s leading trainers, gave Rosie the best compliment she could ever receive when he said, “I don’t really think of Rosie as a girl jockey. She’s just a good jockey.”  It’s recognition that any female competitor would be proud to have.